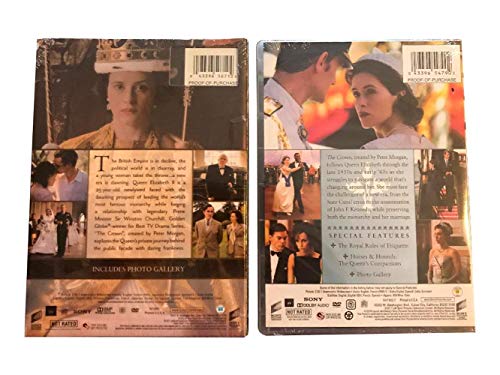 Season :1 Editorial Reviews The British Empire is in decline, the political world is in disarray, and a young woman takes the throne... a new era is dawning. Queen Elizabeth II is a 25-year-old newlywed faced with the daunting prospect of leading the world's most famous monarchy while forging a relationship with legendary Prime Minister Sir Winston Churchill. Golden Globe winner for Best TV Drama Series, "The Crown," created by Peter Morgan, explores the Queen's private journey behind the public facade with daring frankness.--------- Season 2 :- Editorial Reviews The Crown, created by Peter Morgan, follows Queen Elizabeth through the late 1950s and early '60s as she struggles to navigate a world that's changing around her. She must face the challenges of a new era, from the Suez Canal crisis to the assassination of John F. Kennedy, while preserving both the monarchy and her marriage.