The Films of Kenneth Anger, Vol. 2 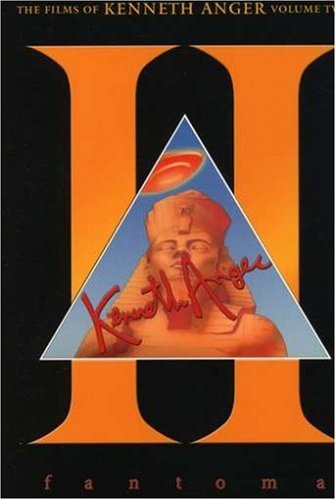 Cinematic magician, legendary provocateur, author of the infamous HOLLYWOOD BABYLON books and creator of some of the most striking and beautiful works in the history of film, Kenneth Anger is a singular figure in post-war American culture.
A major influence on everything from the films of Martin Scorsese, Rainer Werner Fassbinder and David Lynch to the pop art of Andy Warhol to MTV, Anger's work serves as a talisman of universal symbols and personal obsessions, combining myth, artifice and ritual to render cinema with the power of a spell or incantation.
Covering the second half of Anger's career, from his legendary SCORPIO RISING to his breathtaking phantasmagoria LUCIFER RISING, Fantoma is very proud to complete the cycle with this long-awaited final volume of films by this revolutionary and groundbreaking maverick, painstakingly restored and presented on DVD for the first time anywhere in the world.