The Gifted: The Complete Season 2 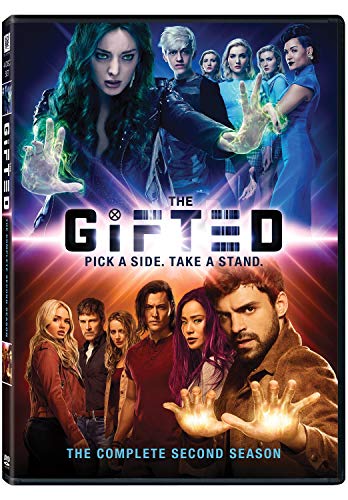 Produced in association with Marvel Television, and set in the “X-Men” universe, family adventure series The Gifted’s first season ended with the Mutant HQ Atlanta Station under attack and ultimately destroyed. With things coming to a breaking point, two mutant factions formed, alliances shifted and relationships were put to the test. Sentinel Services, though weakened by the destruction of the Hound Program and departure of agent Jace Turner, is still hunting mutants. Season Two picks up six months later, with the Mutant Underground at their new HQ in Washington D.C., stuck in the middle of an increasingly polarized nation, as both anti-mutant sentiment and the mutant rights movement are on the rise. The X-Men believed that mutants and humans could live together in peace – now that dream hangs in the balance. The second season introduces Reeva Payge, a powerful and ruthless mutant who takes over as the leader of The Inner Circle and can emit sonic blasts that scramble minds. Also featured are the Morlocks – known by Marvel Comics fans – a shadowy group of mutants who live underground. In the dawn of a mutant age, new powers emerge and conflicting ideologies determine the future of Mutant-kind.
Shrink-wrapped
Tweet