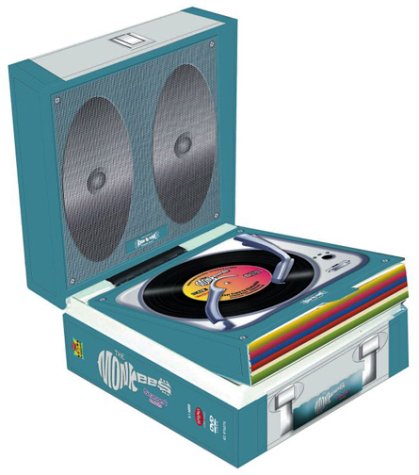 Available for the first time on DVD! All episodes are in chronological order by airdate.

The Monkees scored four consecutive #1 albums and a half-dozen Top 10 singles. The Monkees Anthem "Daydream Believer" voted #3 teen idol song of all time by VH1 viewers. Original Monkees episodes are still being shown on VH1 and a new Monkees show is being developed for the fall 2003 network schedule. "I'm A Believer" was recently popularized in the feature film, Shrek. The Monkees have a dedicated fan base that continues to collect all things Peter, Davy, Micky and Mike.