The Pistol – The Birth of a Legend 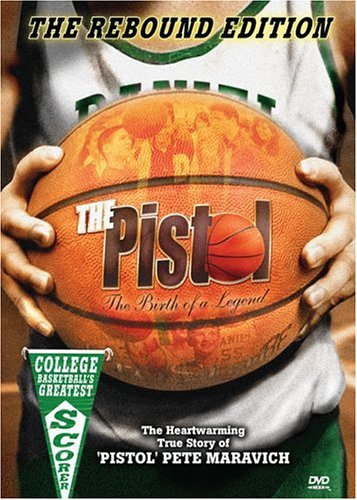 "Pistol" Pete Maravich had a dream - that he could achieve anything he put his heart and mind into. He wanted to become the greatest player anyone had ever seen. The Pistol is the true story of a legacy handed down from one generation to the next. Much more than a story about basketball, this is a story of a boy and his relationship with his father. It's a movie of the American Dream. 'Pistol' Pet Maravich (Adam Guier), a scrawny five-foot-two, 90 pound eighth-grader plays basketball with the innocence of a child and the determination of a champion. Pete inherited a dream from his father, Press Maravich (Nick Benedict) and he believed that if he committed himself completely to his dream, he would one day play professional basketball and win a championship ring. Including Academy Award nominee Millie Perkins as Pete's mother Helen, 'The Pistol' shares the story of an American sports legend. It teaches us the American Dream is alive and well to all those who believe in it. DVD features: "Maravich Memories" - Making of Documentary, Out-Takes & Bloopers, Pistol Pete's Sports Records Gallery, Pistol Pete Trivia, English & Spanish Language Tracks, Commentary by the Producers, High-Def Transfer, 16x9 Anamorphic Widescreen, Dolby Digital 5.1, DVD-9.
Tweet