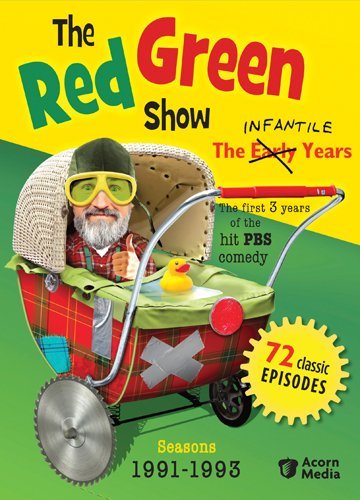 "Age doesn’t always bring wisdom. Sometimes age comes alone." So says Red Green, master of all things Canadian, manly, and duct taped. In this collection of The Red Green Show’s first three seasons, Red and the gang are in their youth prime early middle age--but you’d never know it. It was only the beginning of the half-baked ideas, crazy contraptions, and unintended consequences that seemed like they would never end, but did, after 15 hilarious years.

For more laughs than you can shake a hockey stick at, join Red, Harold, and all the guys at Possum Lodge for their first three years of doing what men do when women aren’t around—and some things that are even worse. "Effectively and magnificently spoofs the male ego" --The Detroit News.