The Remarkable Science of Ancient Astronomy 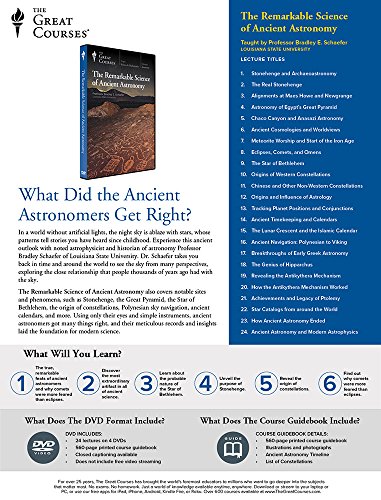 In a world without artificial lights, the night sky is ablaze with stars, whose patterns tell stories you have heard since childhood. The Sun, Moon, and stars are crucial to your daily existence, since they tell the time, direction, and when to plant and harvest. The perfect regularity of the heavens is the only guaranteed part of life and inspires deep religious and philosophical ideas, while unexpected events such as eclipses and comets incite fear. Experience this ancient outlook with noted astrophysicist and historian of astronomy Professor Bradley Schaefer of Louisiana State University. An award-winning teacher, Dr. Schaefer takes you around the world, exploring the close relationship that people thousands of years ago had with the sky. The Remarkable Science of Ancient Astronomy covers notable sites and phenomena such as Stonehenge, the Great Pyramid, the Star of Bethlehem, the origin of constellations, Polynesian sky navigation, ancient calendars, and more. Chart the precise alignment of prehistoric monuments with the Sun and stars, learn how to use a medieval astrolabe, and decipher the workings of an astonishing ancient Greek computer called the Antikythera mechanism, which was centuries ahead of its time. Using only their eyes, ancient astronomers got many things right, and their meticulous records have proved invaluable to modern astronomers, helping them calculate the slowing of Earth's rotation and the expanding stellar cataclysms called supernovae. Ancient astronomers truly laid the foundation for modern science. 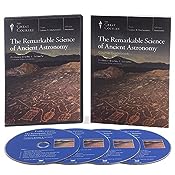 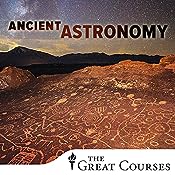