The Secrets of Isis – The Complete Series 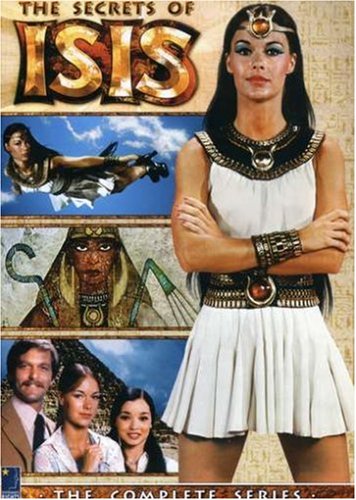 Oh Mighty Isis! She was Saturday morning's first live-action super-heroine, saving lives and stopping crime in a mini-skirt and go-go boots on The Secrets of Isis! When science teacher Andrea Thomas unearthed a lost treasure on an archeological dig, she found that the mystical amulet endowed her with the powers given to the ancient Egyptian Queen, Isis! Now granted the powers of animals and the elements, Isis soars as the falcon soared, runs with the speed of gazelles, and commands the elements of the sky and the earth. Although her secret identity is unknown to even her closest friends, fellow teacher Rick Mason, or students Cindy Lee and Renee Carrol, Andrea uses her powers as Isis to stop criminals, save lives, right wrongs, and teach valuable lessons... sometimes with the aid of fellow hero Captain Marvel (Shazam!). Now available on DVD for the first time, the entire two seasons of The Secrets of Isis contain a treasure-trove of special features, and all the super-powered goodness that the heroine represented. Now, you too can be the heir to...The Secrets of Isis!
Tweet