The Tarzan Collection Starring Johnny Weissmuller: Volume Two (Tarzan Triumphs / Tarzan’s Desert Mystery / Tarzan and the Amazons / and the Leopard Woman / and the Huntress / and the Mermaids) 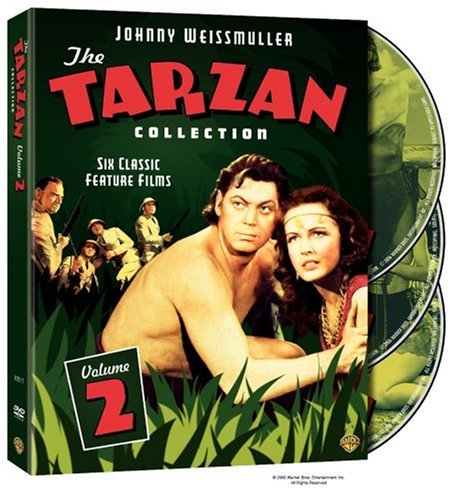 Beasts roar, danger abounds and Johnny Weissmuller swoops into the last 6 of his 12 adventures as film's definitive Tarzan. The vine swinger provides World War II heroics in Tarzan Triumphs and Tarzan's Desert Mystery. Next, he welcomes Jane (Brenda Joyce) home and champions a secluded female tribe in Tarzan and the Amazons. A deadly cult proves no match for the jungle lord in Tarzan and the Leopard Woman. And the Ape Man calls in elephants to deal with poachers in Tarzan and the Huntress and rescues a pearl-diving community in Tarzan and the Mermaids. What came next? Weissmuller would return to the wilds as Jungle Jim, Johnny Sheffield (Boy) became Bomba the Jungle Boy, Joyce played Jane again in Tarzan's Magic Fountain and Cheetah became the world's oldest chimp, celebrating birthday 74 in 2006. Ungawa!