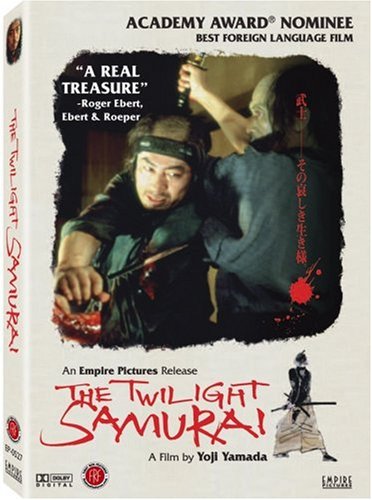 Seibei Iguchi (Hiroyuki Sanada) is a low-ranking samurai living in the fading days of the Shogun period in Japan. His wife has died of tuberculosis, and with two daughters and an elderly mother to support, he and his family must survive in austerity. The divorce of his childhood friend Tomoe (Rie Miyazawa) leads him into a confrontation with her violent ex-husband, a high ranking samurai, and Seibei triumph against all odds. Just Seibei as begins to dream that despite his impoverishment he might win the hand of the long loved Tomoe, he is caught in the shifting turmoil of the times. His superiors, having heard of his sword-fighting prowess, order him on a dangerous mission: kill a renowned warrior who is on the wrong side of a clan power struggle.
Factory sealed DVD