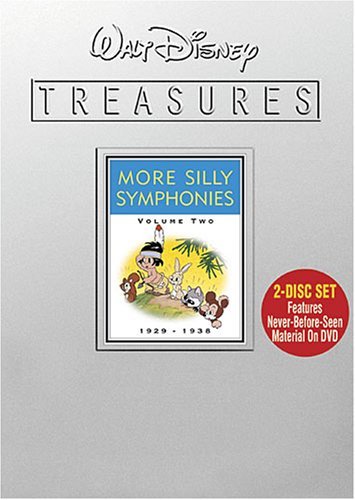 From the beginning, Walt Disney's SILLY SYMPHONIES series was a mecca for innovation and unabashed creativity. This second volume of the revolutionary series boasts some of Disney's rarest cartoons, including over a dozen never before released on DVD or video. Among the many animation treasures celebrated here are the never-before-released HELL'S BELLS and the original unedited MOTHER GOOSE GOES HOLLWYOOD, plus the Academy Award(R)-winning THREE ORPHAN KITTENS (Best Cartoon, 1935). Enriching the collection even further are several optional commentaries by some of the world's foremost animation and film music experts, who also take part in a lively conversation about the series that let Walt Disney push the envelope of animation art to unimaginable flights of fantasy. Featuring exclusive introductions by film historian Leonard Maltin, this is a timeless collection from generations past for generations to come.
Tweet