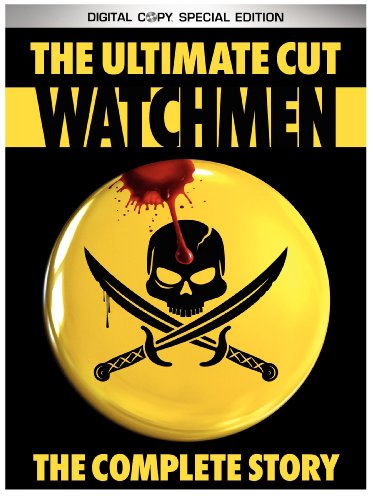 The Watchmen: The Ultimate Cut is a new and final version of the blockbuster film from Zack Snyder. This version weaves Tales of the Black Freighter into the Watchmen Director’s Cut film that makes this the perfect gift for every die hard fan of the graphic novel.
Multi-disc set. Real-world super heroes must emerge from retirement to solve a murder of one of their own, in the shadow of nuclear armageddon. Directed by Zack Snyder (300). Watchmen: The Ultimate Cut is the version never seen in theaters, integrating the animated Tales from the Black Freighter into the Director s Cut of the film for a more in-depth experience, with 2 all-new commentaries by Zack
Tweet