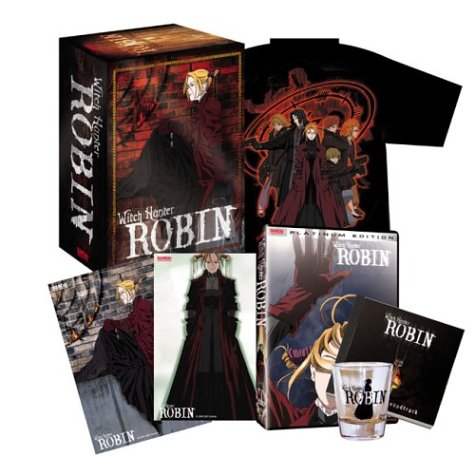 In a world where witches abuse their supernatural powers, a special team is tasked with hunting this new threat to society. This organization is known as the STN and comprises of several highly skilled craft users and experts in covert operations. But their most powerful craft user is a young woman named Robin. Her mysterious gift to summon deadly flames will determine the fates of her colleagues and lead her into a dark world of mystique and witchcraft! From the creators of 'Cowboy Bebop' and 'Argentosoma' LIMITED EDITION Collector's DVD Box Included w/Witch Hunter Robin Original CD Soundtrack Included
Tweet