Wonders of the National Parks: A Geology of North America 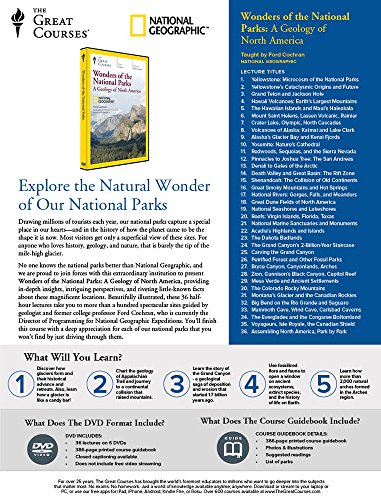 There's no better education in the remarkable forces that formed our world than a tour of the national parks of North America. Most visitors, guided by informational signposts or tour books, get only a superficial view of these sites. But there is so much more to be discovered. These 36 lectures provide in-depth insights, intriguing perspectives, and riveting little-known facts about these treasured places that you won't find simply by driving through them. Ford Cochran - geologist, journalist, and National Geographic programming director - has crafted a fascinating introduction to the geology that forged North America's national parks. He covers every national park in the United States, together with exceptional state parks, national monuments, historical parks, marine sanctuaries, and other preserves, plus a number of outstanding parks in Canada, Mexico, and beyond. You'll learn how each park fits into the geological epic of North America - a story of mountain ranges created by the collision of tectonic plates; of oceans rising and drowning the lowlands; of volcanoes raining ash and liquid fire; of glaciers growing to towering heights and scouring the terrain down to the bedrock; of desert sands burying entire regions; of earthquakes transforming the land in an instant; and of the tenacious, erosive power of flowing water. In addition to geology, Professor Cochran also touches on botany, zoology, atmospheric science, and other disciplines as they relate to specific protected areas. 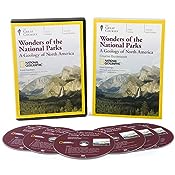 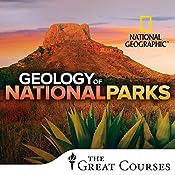