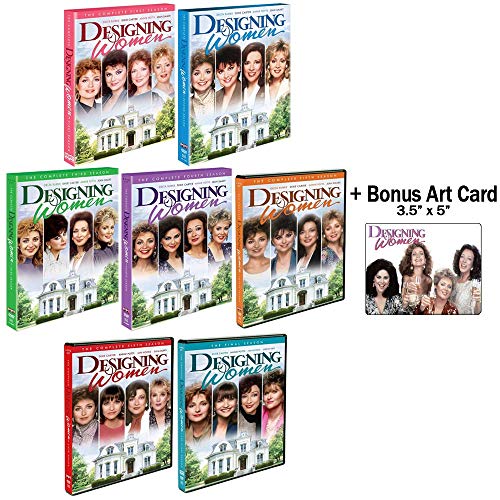 When four strong, sassy and sexy Southern women running a fledgling interior decorating firm hit the television airwaves as Designing Women in 1986, they brought a new kind of Southern spirit to American television. Smart, ambitious and outspoken they embodied the new Southern woman. The much-married, alimony-rich beauty queen Suzanne Sugarbaker (Delta Burke) uses her feminine wiles to attract business for the firm - and future ex-husbands for herself. Her sophisticated sister, Julia (Dixie Carter), is nobodys fool and runs the operation and her own life with a guarded graciousness. Mary Jo Shively (Annie Potts) is the sweet-natured, recently-divorced mother trying to make her own way in the world as a decorator for the first time. Small-town gal Charlene Frazier (Jean Smart) is the naïve, overly-trusting bad-guy magnet who runs the office. They are all devoted to the business. They are each devoted to the other. Designing Women was a gift to American television that ran for seven seasons and continues winning fans to this day in reruns all around the world.
Tweet