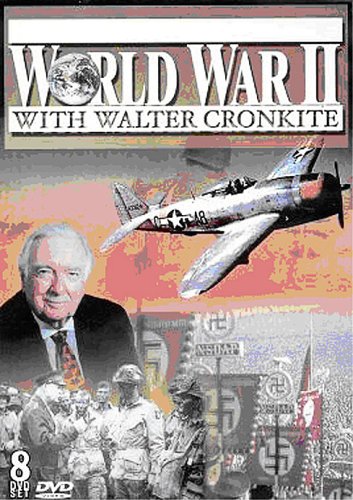 WWII was the largest and most destructive war ever waged, engulfing the far reaches of the globe. The defining event of the 20th Century, this was lasted more than five years, spanning three continents and the seven seas, and threatening the future of civilization itself. The legacy of that conflict remains strong today, having shaped and changed our world in a thousand ways. This collection of 8 DVDs, including over 24 hours of archival footage, takes you through the war years, from the Battle of Britain in Europe to the atmoic blasts at Hiroshima and Nagasaki which ended the war in the Pacific. Each theater of operation and major turning point is examined in detail, the great battles and the political struggles, the sacrifies and triumphs of millions of men and women, caught up in the greatest war mankind has ever known.
WWII w/WALTER CRONKITE (DVD MOVIE)
Tweet