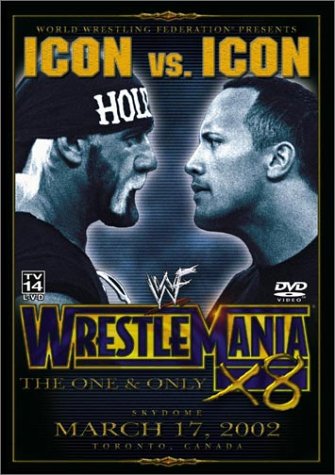 If WrestleMania is truly the "Super Bowl of sports entertainment," then it deserves Super Bowl DVD treatment as well. In the past, WrestleMania DVDs were treated like any other pay-per-view event, but this time, WWE finally got it right. This two-disc set features a ton of goodies that not only add context and enhance the matches in WrestleMania 18, but take a look back at seminal WrestleMania moments. You get the top five WrestleMania finishes, the complete Hulk Hogan vs. Ultimate Warrior match from WrestleMania 6, and a ton of other extras. As for WrestleMania 18 itself... well, perhaps there is a reason all of the supplement material was included, because it's a bit of a lackluster affair. The hype is there, with Hogan battling the Rock, Triple H fighting to regain the WWE title from Jericho, and the Undertaker vs. Ric Flair. However, actually watching aging legends like Hogan and Flair wrestle in their 50s is more sad than thrilling. In the end, the event seems more like the Geriatric Bowl than the Super Bowl. --Dave McCoy
Tweet