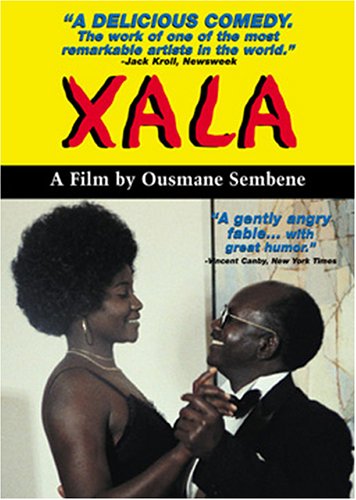 This savagely funny satire portrays El Hadji, a prosperous, self-satisfied, politically crooked modern businessman who is struck down by the xala (pronounced "ha-la") - a curse rendering its victim impotent. While he chases after witch doctors and soothsayers on a frantic, often hilarious search for a cure, his impotence becomes a mirror of the powerlessness of young African nations over dependent on white technology.

Unable to consummate his third (polygamous) marriage, and neglecting his business affairs and political activities as he seeks a cure, his social stature is stripped away, leaving him shamed and humiliated. And while humorous, there is a sympathy in his downfall at the hands of others who are even more corrupt than he is.

XALA is a moving and comical look at a man caught up in the corruption of his country and the tribulations of a changing society.